Web 3.0 - Virtual and Augmented Reality on the Internet

Since its inception, the world wide web has been imagined as a 3D environment: most of the keywords related to the net are spatial and three-dimensional evocations: "site, portal, navigation, virtual ...". However, the World Wide Web has so far been mainly a 2D context, an infinite network of flat pages linked together by hyperlinks. On the contrary, with the advent of smartphones and social networks in the web 2.0 phase, the trend towards "flat design" has been the dominant trend.

Today things are changing: the affirmation of virtual and augmented reality technologies is adding the third dimension to the user experience of the Internet. In addition, global digital players have agreed on a series of technological standards that enable the development of Internet 3.0. 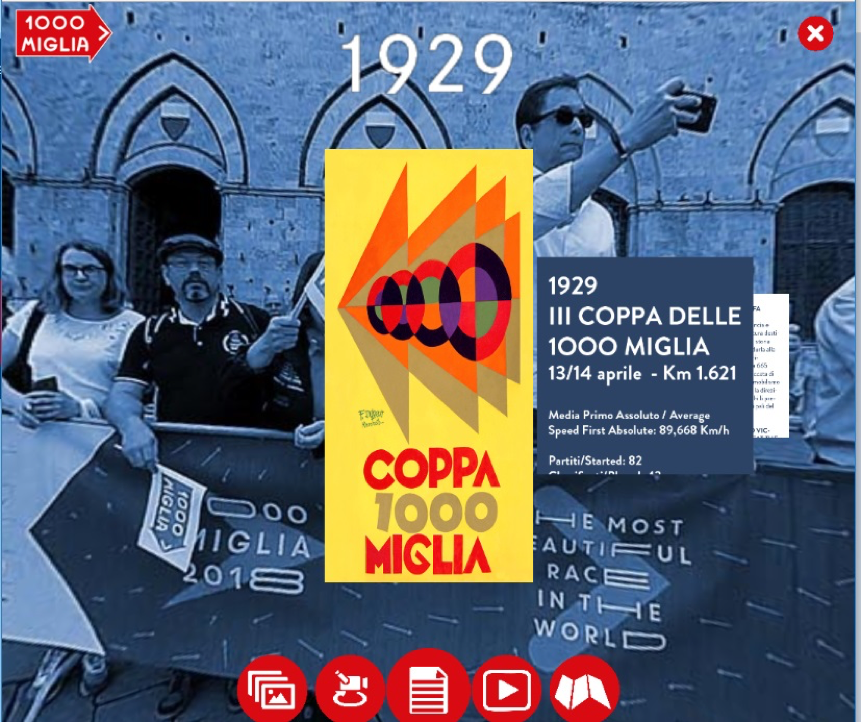 The laboratory of the web 3.0

Carraro LAB has developed a substantial 3D web-based laboratory, based on decades of research and case histories, which is generating innovative platforms and solutions, from immersive marketing to 3D e-learning for RAI, from 360-degree tourism for the Italy portal to theme parks and 3D museums such as the Time Machine platform presented by Google to the EU Parliament and finally to virtual fairs with Neoexpo and the virtual tour of Expo 2015.

The most popular immersive web application in the world is Street View, introduced by Google in 2007. Few people know that in reality this solution was born in Italy, in 2006. the Carraro LAB team developed the first cars with 360-degree cameras capable of creating 3D geolocalized maps, and on behalf of Italian Yellow Pages Italy was the first country in the world to see a large immersive mapping "street level". 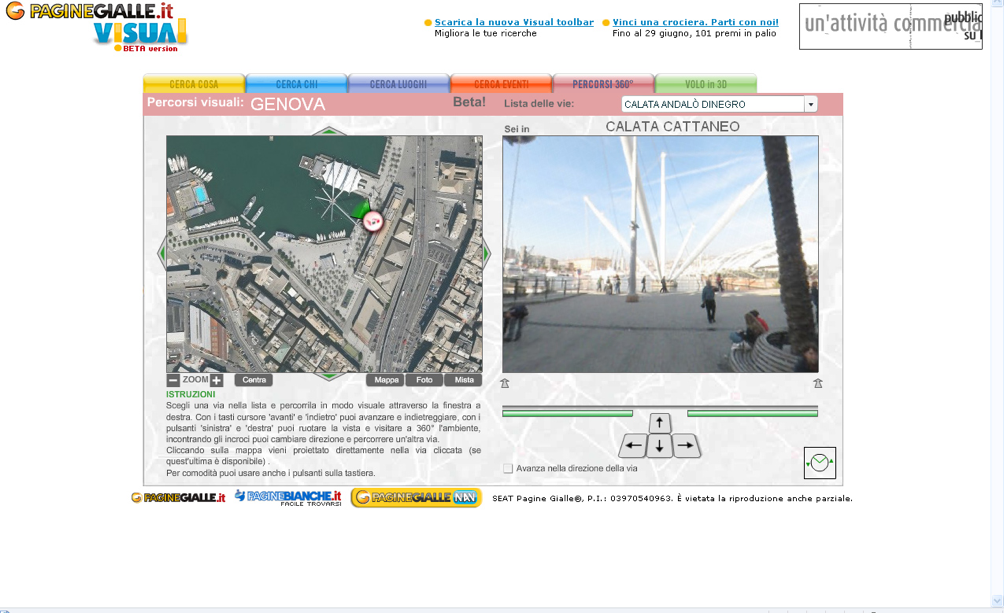 The web area where 3D has been most expressed is still that of video games, among which the famous parenthesis of Second Life emerged. Carraro LAB has created several islands in Second Life, including that of Inter and the performance of futurism. The lack of standards soon isolated and turned off Second Life, even if today several participatory 3D environments with similar features have been reborn. 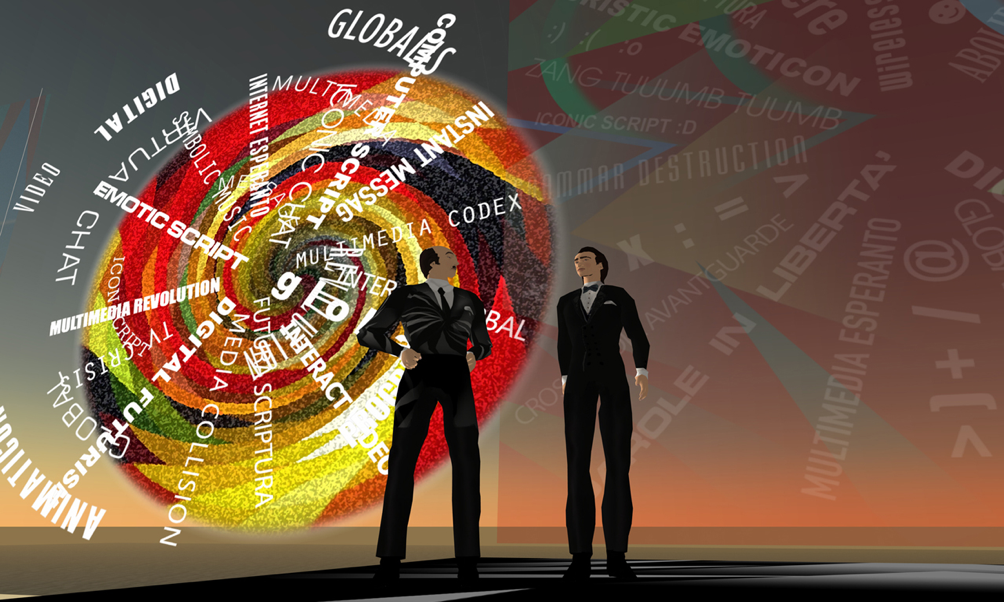 The Cross Media virtual reality: from the iPad 2 of Steve Jobs to Expo 2015

The launch of Oculus and the other virtual reality Headsets opened a new phase in the user experience, creating immersive applications. However, spherical content can be used with a cross-media approach not only in VR Headsets, but also on the web, mobile and in immersive installations.

An important cross-media immersive project was the Expo 2015 virtual platform created by Carraro LAB with the support of Dassault Systemes. In this case the main channel was the web, but also the applications on Gear VR Headsets were used in the universal exhibition by one million visitors.

On 1 December 2018, M9 opens in Mestre, the most advanced multimedia museum in Italy, in which Carraro LAB has developed 15 immersive installations in the section dedicated to the landscape, using VR viewers, tablets, PCs with browsers and other technologies.

The evolution of virtual and augmented reality technologies has led to the establishment of new standards for the Internet in 3D, including web VR, web AR, web XR (mixed reality).

Carraro LAB has adopted these technologies to create the first examples of VR websites for famous brands, including for example the new 1000 Miglia website with large “immersive experience” sections.

Among the first case histories of VR websites are those created for the launch of the “Games Of Thrones” for SKY and HBO, integrated with Facebook, and for the Hermes exhibition - in this case a mobile site with immersive gigapixel environments.

An innovative visitor experience of cultural heritage is the one developed for the cathedral of Vercelli with a tour to be enjoyed both on site with an increased signage that On Line. 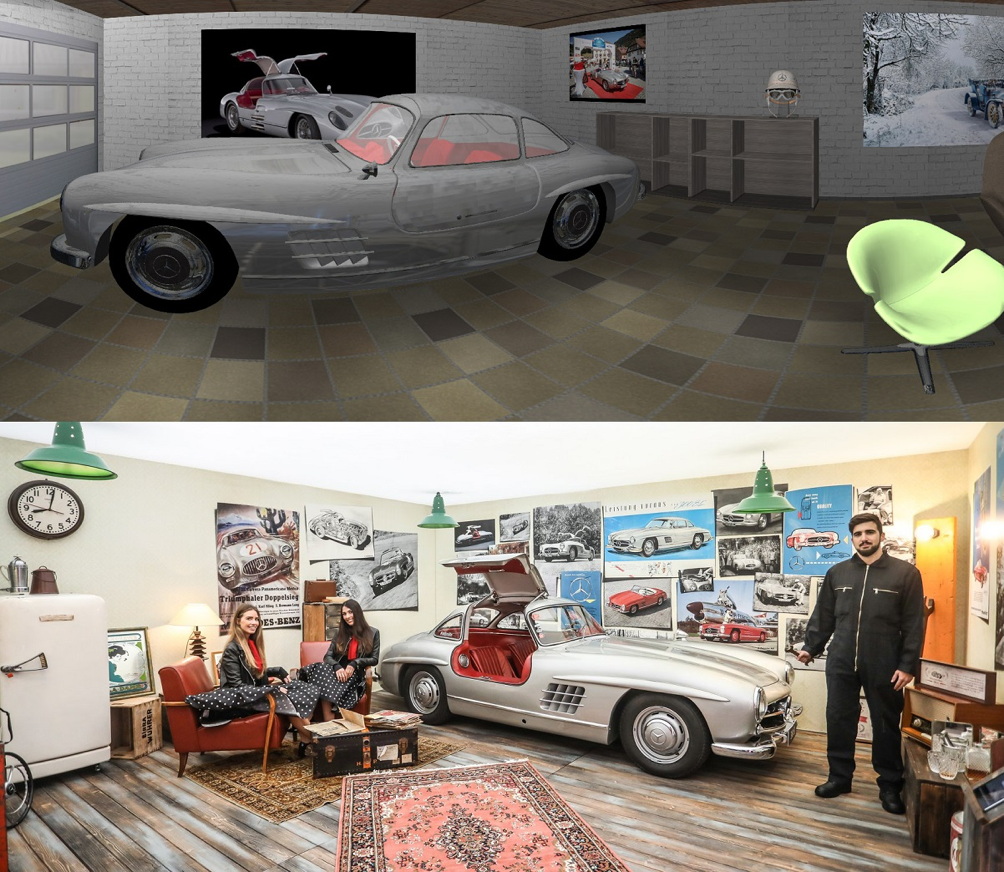 For Mercedes Benz were created two mini-sites pilots, with some gamification formats based on 360 video and on the construction in 3D and customization of vintage cars.

On the way to the spatial web

Carraro LAB's new lines of research are today augmented reality on the Internet and 3D Web Design. We are moving towards the SPATIAL WEB, able to offer experiences both in physical worlds digitally mapped and in virtual worlds. With the emergence of wearables technologies, smart glasses, AR/VR and IoT interfaces, the Spatial Web will integrate perfectly into our physical environment, superimposing digitally advanced copies (digital twins) and completely imaginary virtual worlds on every real object. One of the first Italian applications of the spatial web is the XR website "stelvioexplorer.it", with functions of augmented interaction with the physical visitor center of the Stelvio park. 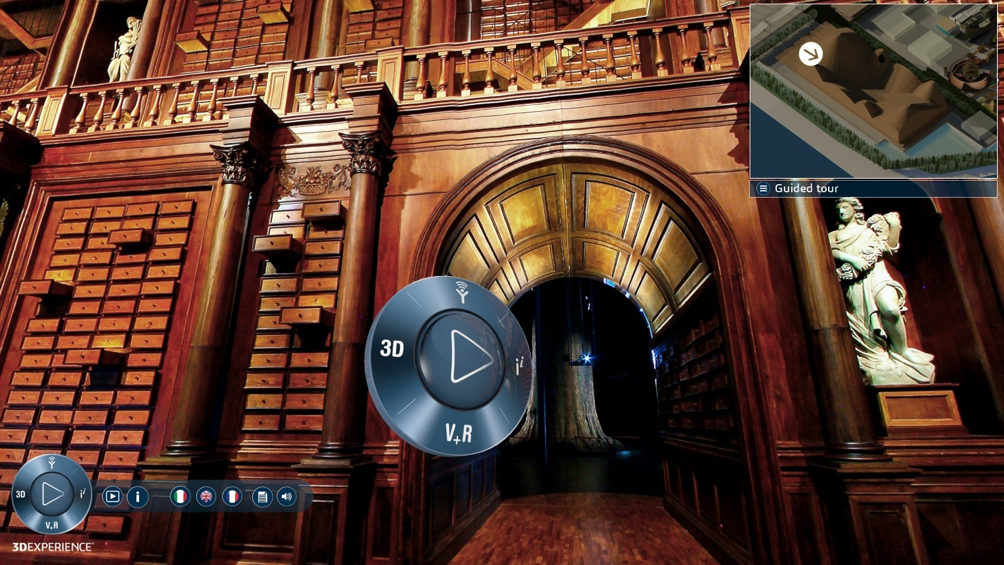