What is a Virtual Fair? With which technological solutions is it realized? What are the business models? What is the relationship between physical and virtual events?

First of all it should be clarified that successful Virtual Exhibitions have not replaced the real fairs, but have promoted and extended them in the digital world, so the relationship between physical and virtual is synergistic. However, the situation changed in 2020 with the Covid19 emergency, which is leading to the cancellation of physical events worldwide. So the debate is focusing on Virtual Fairs as an emergency solution in the temporal phase when physical manifestations cannot be realized. 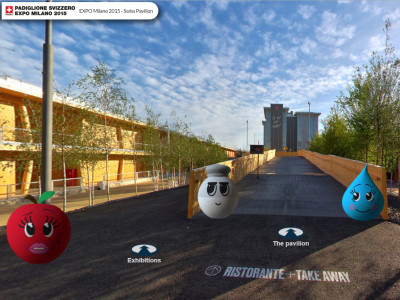 Carraro LAB has been operating in the digital exhibition sector since the early days, and has created a wide range of Virtual Exhibition solutions and events since the 1980s, including the Expo 2015 virtual platform, the Neoexpo startup, the Smart Catalog solution adopted by Fiera Milano and many other case histories.

Here are the main objectives of Virtual Exhibitions:

The widest experience of virtualizing an exhibition event is the case of the Expo 2015 Universal Exhibition.

During expo 2015, other virtual applications were created by Carraro LAB, including the preview presentation of Expo Antalya 2016 (Turkey), the virtual presentation of the pavilions:

It is Meaningful the case history of the virtual teleportation logic of Slovakia, developed in two directions: in the Milan pavilion the public with VR viewers visited 24 locations in the country, while from Bratislava (the virtual visit was also made in parliament) they virtually entered the pavilion in Milan.

A very different model is the SMART CATALOG platform, adopted by dozens of Fiera Milano events. The Virtual Fair in this case is not intended as a 3D reconstruction of the physical exhibition, but as an On Line catalogue that is constantly and automatically updated with the contents of the exhibitors, aggregated by Internet and Social Media.

The objectives of Smart Catalog are: to extend the event throughout the year, beyond the 5 classic days of the fair, to expand the On Line contents making users' navigation richer and more complete, and to intercept new contacts for exhibitors through the network.

Below are some links to On Line examples of events that have adopted Smart Catalog, aggregating more than 100,000 videos and 500.ooo post of exhibitors:

MARKETPLACE AND MATCHING SYSTEM BETWEEN BUYER AND SELLER: BEE IN THE BUSINESS 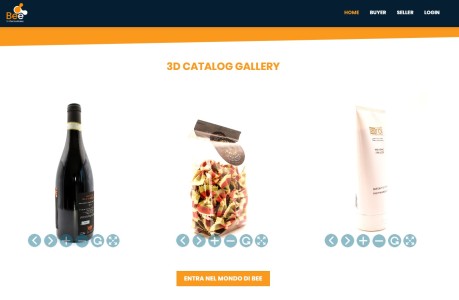 The key objective of B2B trade fairs is the meeting between exhibitors (sellers) and international buyers. Qualified contacts are the main "product" offered by events to companies.

In this context, the virtual trade fair can take the form of a marketplace, a meeting place and a business location. While in physical trade fairs matching systems aim to set physical appointments during the event, virtual platforms expand and enable business all year round and are not only aimed at generating qualified contacts, but also at managing B2B contracts and purchases of goods between buyers and sellers.

The BEE IN THE BUSINESS platform, created by Carraro LAB for Aries, is innovative for several reasons:

The travel limitations due to the coronavirus make the Marketplace service, offered by virtual platforms such as BEE, even more crucial. Some fairs have developed ecommerce solutions, also towards B2B, as in the case of "Artigiano in Fiera".

A further way of implementing the virtual fair is the creation of 3D stands for companies.

Carraro LAB has created a virtual exhibition for the rebranding of Finmeccanica-Leonardo, combining current products and technologies with Leonardo's projects.

One of the first virtual stands historically created for a trade fair is "Il Palazzo della Memoria" by B&B Italia, developed by Carraro LAB in 1987 on the occasion of the Salone del Mobile on Mac Classic.

In addition to the stand, the virtualization service concerns the product catalogue.

The virtual reproduction of the products adopts different solutions:

In the BEE platform companies present their products with 3D photographs.

Virtual gigapixel photography reproduces a physical exposure at very high resolution, with 360-degree images that can be explored and zoomed up to a definition of over 40,000 pixels.

An example of virtual gigapixel exhbition is the immersive exhibition created by Carraro LAB for Hermes, which has also become a virtual advertising format. 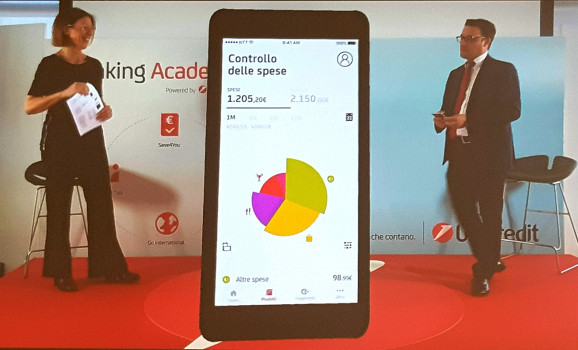 A further meaning of virtual event concerns the possibility to stream images of the event on the network. In this case the technology is live streaming, which is then transformed into video clips recorded on demand after the event.

Carraro LAB has created several streaming events for Unicredit with the introduction of virtual reality and augmented reality.

A first format concerns the integration of video streaming with virtual reality. The speaker during the speech wears a VR viewer, with a 3D content created ad hoc, and guides the On Line viewers in a virtual world.

Other components of the virtual event, already realized for Unicredit, are: the distribution of cardboard VR headsets to participants, or the creation of virtual games On Line (gamification) to be enjoyed on smartphones.

Among the various possibilities we find APPs for virtual reality headsets presented at stands, product presentations and corporate events.

Immersive installations are exhibitions that use projectors or other solutions to involve the public in a physical place.

Among the immersion installations carried out by Carraro LAB we mention:

Augmented reality instead allows to insert 3D objects (with the effect of holograms) overlapping the stage with the speakers. The effect is the appearance of products that can be described and commented, even in interactive form, by the speakers.

The concept of Virtual Fair can also take the form of a virtual world, where you move like in a video game, taking the form of an avatar.

Other platforms offer similar solutions, for example Hyperfair, even if the full 3D metaphor often becomes heavy both in access and fruition.

The NeoExpo startup, founded in 2000 by G: e R. Carraro and A. Barzaghi, with the investment of Seat Pagine Gialle and Deagostini, has developed the concept of the trade fair directory. In other words, the Yellow Pages become a virtual online trade fair.